LUTL Ambassador Roberto met actor and comedian John Leguizamo after his one-man show “Latin History for Morons.” Not only did Roberto see an amazing and funny performance, but he also had the opportunity to share the LUTL message with John. Read on as Roberto shares his experience!

“I was thrilled to see John Leguizamo in “Latin History for Morons” at the beautiful LaJolla Playhouse. I’ve been a huge fan since his career started and seeing him perform his latest one-man show was beyond amazing! His talent and stage presence is magical and the entire audience was smiling and laughing the entire performance. 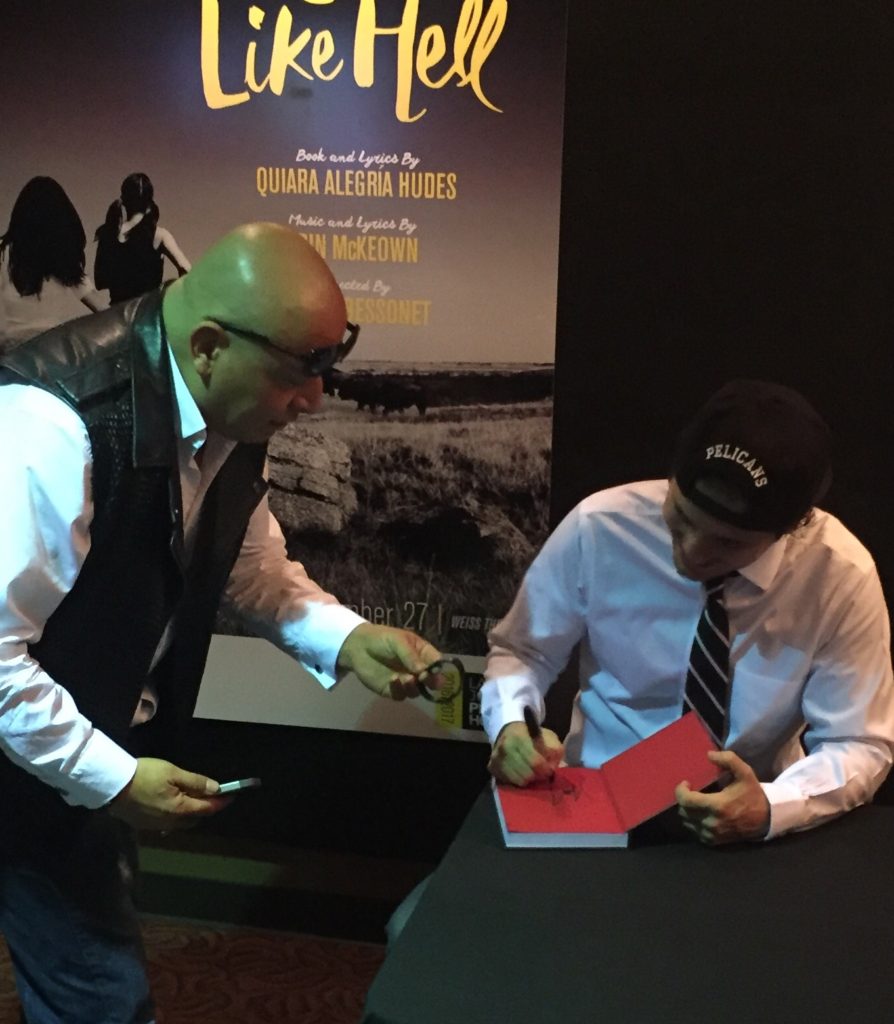 After the show he greeted his fans, signed autographs and took countless photos. He was so gracious, humble and kind to everyone…a shining LUTL Ambassador! I was excited to have him sign a copy of his book, “Ghetto Klown” and to be able to give him a Light Up The LOVE bracelet. As I left after taking a selfie, he said “Thank you again for coming and for the LUTL bracelet!”

It was a super fun night that I’ll remember forever.”

The Light Up The LOVE App is now available on the App Store and on Google Play. Join the movement and download the app today!